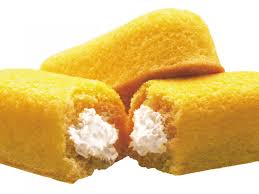 A long time ago and most likely in a galaxy far, far away where people received their daily news from newspapers or television, a fellow journalist at my college newspaper said this to me:

“News reporters write the meat and potatoes of the newspaper. You feature people write the Hostess Twinkies.”

Mick was probably hungry when he said that. But I argued with him anyway.

People like features more than news, I said. And Hostess Twinkies aren’t a good comparison. We at least are writing homemade chocolate chip cookies. I didn’t have a very sophisticated palate at age 20. Of course, that was before Twinkies became famous for getting a murderer off the hook, then famous for going out of business and coming back to life. They always were known for their lack of nutritional value, their silly fluffiness and the way they would smush in your mouth without needing to be chewed.

No matter what you call them, it’s clear that light features are hard to find in newspapers anymore.

For non-newsfolk, here’s the difference: Hard news stories cover serious subjects and events that have happened or will happen: meetings or crimes, for example. Features without strong news pegs (Twinkies, in Mick’s vernacular) might include a story about a pig that can skateboard or unusual ways teens are getting asked to Prom.

It seems frivolous to complain about the loss of features when seismic shifts in the newspaper business have killed so much of our more nutritional news. According to Pew Research Center’s Project for Excellence in Journalism 2013, 30 percent of Americans have deserted a news outlet because “it no longer provides the news and information they had grown accustomed to.” (The Pew report makes no effort to distinguish news from features when it reviews newspaper content changes. Perhaps they didn’t find any features, or counted them as news topics or else dismissed them as inconsequential Twinkies.)

The reason is readers are unhappy is no secret. Because ad revenues are down to a fraction of what they were just a few years ago, newspaper staffs are around 30 percent smaller now than they were in 1989.

WHERE I LIVE, the last people standing in the newsroom are struggling just to cover government meetings. It’s hard to justify the time it takes to track down information for a Twinkie and they don’t always pan out. If writers have a spare moment, they tend to take on a quick, event-based feature with news angle. It’s so rare to find a longer feature–one with multiple sources, insight and context–that we have a new descriptor for them: long form. There aren’t as many of these any more. Long form doesn’t play nice with a mobile device.

I haven’t published a feature for at least five years. I miss writing my Twinkies. Last week I was walking on a street that I normally only drive. I discovered that someone had created a woodland path through a ravine. It seemed to be privately owned and had several “welcome to the path” signs near the entrance. The walkway was decorated with painted birdhouses and plaques offering a variety of thoughtful, nature-related sayings.

I walked down the path and found it eventually led to the back door of a nearby house. Did those people buy this ravine, then create a space for the public to wander? Who does that? Did they improve a ravine they do not own? Who does that? I wanted to write about them, mostly because I wanted to meet them.

This is how I got into feature writing in the first place. I was endlessly curious and painfully shy. Feature writing was my ticket out of introversion. I wanted to meet people like the pathmaker, but I was too shy to knock on doors, make phone calls, get introduced. Only with a notepad between us was I outgoing.

BACK AT THE SIDEWALK, I pondered who I still knew at the newspaper who might want this story idea. But in reality, there is no time or place for a story like this anymore. It has no pathology that I know of. No electric company is threatening to chop down the trees, no neighbors appear to be complaining about the dangerous ravine. I imagined that perhaps its creator was healing from losing a child, or thanking the universe for surviving cancer. Maybe just fulfilling a lifelong dream. We won’t know. The ravine will go unpublicized, as perhaps it should. But I will never meet the person who loves it.

While Pew has quantified the fact that consumers have noticed the changes in their “newstrition,” I would like to think that readers miss their Twinkies, too. Yes, news features are chewier – perhaps even more nutritious – than features without a news peg, but features can be plenty interesting without one, too. Back when we had actual feature writers on newspaper staff rosters, we didn’t let the lack of an angle hold us back when the story was good. Basic, local features would illuminate life in our times and inform us gently about the quirkiness, kindness, or different-ness of our neighbors.

Features aren’t completely gone, of course. Major metropolitan dailies still have some and local papers hire freelancers to cover light, feature-type events. Consumers can go online and find cat pictures and discussions by 20-somethings about sex positions with pumpkins. (Halloween angle, anyone?) But local, meet-your-neighbor features or long-form insights into featurized local issues – those peeks through the fence at what makes our town tick – those are mostly gone.

GOOD LUCK WITH finding the community glue created when one person said to another, “I read about your son in that newspaper article. I had no idea he made shelters for homeless people out of Popsicle sticks. I clipped it for you.” And then the newspaper clipping would be handed over in person, creating face to face conversation, or mailed. Yes, we have Facebook posts, and we email stories to each other – but seldom light local stories. They are nearly as hard to find as the real Twinkies were last year.

I don’t know who or what will replace our light feature stories, or when or even if (is that one of the 5Ws?) it will happen. I’m not sure how we will live without them.

But I’ve got news for you, Mick. Features weren’t Twinkies. They were sometimes strawberry shortcake and sometimes crepes with balsamic-macerated strawberries topped with a chiffonade of basil. They had vitamin C and fiber.

Delicious and good for you.
##